Recognized in 2018 through 2020 by “Best Lawyers in America” and “Florida Super Lawyers,” widely regarded by both clients and legal professionals as a significant honor, conferred on a lawyer by his or her peers, Mr. Albert “Al” Frevola is a seasoned trial attorney with significant trial experience as lead or co-lead counsel in multi-week trials in federal and state courts and administrative hearings.

Mr. Frevola’s extensive trial practice spans several states and countries. He has been counsel of record in cases in California, Indiana, New York, New Jersey, North Carolina, Texas and the U.S. Virgin Islands. He has also overseen matters on behalf of clients in the United Kingdom, Hong Kong, Israel, the Cayman Islands, Jersey, the Netherlands Antilles, Puerto Rico, and the Bahamas. His business degree with an emphasis on economics allows him to understand complex financial issues and damage models.

Mr. Frevola played a key role on the team pursuing recovery efforts on behalf of victims of the infamous multi-billion dollar Ponzi scheme orchestrated by Scott Rothstein. Notably, the team achieved historic recoveries of over $200M, returning investors what is said to be the highest percentages of recovery for victims of a Ponzi scheme. News outlets described the recoveries as a “huge victory” and a “landmark” lawsuit.

In 2000, Mr. Frevola worked closely with the his prior law firm’s Founding Partner, William R. Scherer, on the Presidential Election Litigation in Florida. He first became involved when he flew to Volusia County, Florida to represent then candidate George W. Bush on the first day of the re-count there. After returning to Broward County the next day, he spent the better part of November 2000 participating in high-level strategy sessions, working on presentations for both the court room and the local canvasing boards that were covered by the national media, and counting ballots with the now infamous “hanging chads.”

While maintaining an active trial practice, Mr. Frevola served as City Attorney for the City of Miramar from 1997 to 1999. He has represented governments, land owners, telecommunications companies and community interest groups in complex land use and constitutional litigation matters involving local governments. Additionally, clients rely on Mr. Frevola’s experience with local governments to resolve issues without the need for costly litigation. 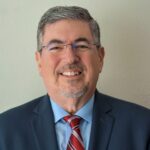